What makes a true Martial Art ? 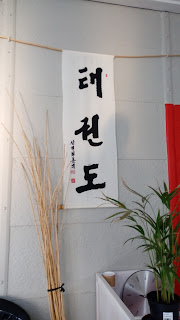 Having been around martial arts, training and teaching for much of my life, I have seen a lot. I also know how confusing and misleading the martial arts scene may be to someone looking to get themselves or children involved in all of the positive aspects of martial arts.

The word Martial Arts conjures up many images in one’s mind.  Some examples are martial arts movies , their stars like Bruce Lee and alike. Martial arts popularity definitely was boosted a lot by the rise in the way martial arts movies exploded onto the scene especially in the Seventies.

Hopefully, many see martial arts as a way to hone one’s mind and body with discipline and a moral code, although sadly, that image has seen some misconception or confusion with the rise of “martial art” entertainment or combat sports, which image generally is the opposite of humbleness, balance & projecting a moral code to the public in general. There are of course exceptions to the rule, this is a general observation, which I would not think twice about except for the fact the the use of the word Martial Arts is used. Using the word Combat Sport, Cage Fighting etc is perfectly acceptable because it explains what it is.

I have no problem with it necessarily and many have great match fighting skills,   except that it gets confused with martial arts sometimes due to the name, causing confusion with what a traditional martial art wants to display to the public.

The many styles that focus only this type of sport or the sport aspect mainly, unknowingly take themselves further and further away from what a true Martial Art is. As said before, if it is called or classified as something else other than martial arts, I have no issue and have even been part of  an enjyed that coaching aspect in preparation training for people that love that route and keep their martial arts routs prevalent in that world. As long as it is understood that is a combat sport and that the moral culture of traditional Martial Arts should also be prevalent in their conduct in that sport.

We have always tried to stay as true as possible to the martial arts code in our clubs. We practice ITF Taekwon-Do under the Original founders Son, showing loyalty and the importance of being closest to the original source. I have remained in our art so long not because of pure blind faith or habit, but the fact that it meets my requirements. What are my requirements? Not only for me but my children as well.

It is an all round martial art if taught correctly. It is brutally effective in pure self-defence, with people of appropriate age learning simple effective techniques to undo pretty much all holds and scenarios (this of course takes tons of training and hard work, including being put under pressure in order to utilize it if necessary instead of freezing  and is by no means magical).

It has a centering, balancing and focusing effect with many aspects including Patterns.

It has a great and challenging fitness aspect to it. It challenges one to have a body that can withstand a lot more pain, be flexible, strong , healthy and harder bones. (Again all from years of blood sweat and yes tears.)

It has a great sporting aspect for those keen on being competitors. I find it the most exiting to watch and in my opinion puts most combat sports to shame in terms of blinding speed and combos as well as the breaking, specials and patterns categories being fantastic. As an instructor this allows me to also enjoy a coaching role.

It is also important to note that a martial art cant only be judged on that styles competition sparring aspect. The traditionl aspect is actually where most of the self defence and power generation is prevalent. The Sports side to any style is toned down for safety reasons. Often different styles can compete with each other in common combat sports rules. While some are more suited to certain rules and excel often, it cannot be seen a test of style vs style, especially since the majority of techniques in authentic Traditional Mrtial arts are barred from the combat sport aspect. The common mistake is to think a style is superior only based on the sport side. I generally look at the quality an understanding of the traditional, self defence and moral culture side as well to guage the quality of a style. Sadly this is where it is easier to overlook or not know what to look for.

The moral code. General Choi Hong Hi, the founder of Taekwon-Do was sure to include many moral teachings in his art. We all recite the Tenants at the end of class: Courtesy, Integrity, Perseverance, Self Control & Indomitable Spirit. These all being very positive objectives to try to strengthen through our challenging physical training. Sadly, many might say them but not take them seriously or even care.

Many, dare I say most fighting styles have only a focus on the fighting side of the style. Many also not having patterns or balancing aspects to the training. I am personally not a huge fan of that. Why? Because the person runs the risk of becoming unbalanced, overly aggressive and basically project a bully or unsavory demeanor . A club should endeavor to forge powerful  warriors who are positive ambassadors in society  who can use the many, many life lessons gained through their training to enhance their life in a positive way.