Why ITF Taekwon-Do? (As taught in MTG Taekwon-Do Club) 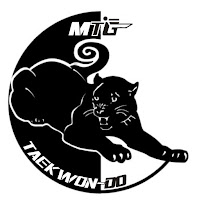 I have trained in different styles formally and informally and have a big interest and love for Martial Arts and combat sports in general. This has also led to my quest for knowledge on many styles. Which, comprises of too many books, magazines, training and hours researching to go into now.

My interest is primarily on each styles strengths and similarities and how could aspects of training benefit my and my clubs training. This love is also evident in my self defence system/syllabus MTG Hosin Sul which is part of the training within ITF Taekwon-Do.

While each style of martial arts has their advantages and I respect many legitimate styles. It is actually quite difficult to find martial arts that aren't actually only combat sports, basic self defence techniques packaged out of context as a style or art forms only.
With the combat sports many can lack the art or moral culture emphasised in martial arts as well as much of the real life defence training.
With the purely self defence styles/systems, they can miss many of the positive aspects associated with why many begin martial arts such as the discipline, focus and even competitive aspects.
With the ancient arts, they can lack the most, effective even safe on ones own body and joints, way of performing techniques due to being overly traditional and inflexible in adopting modern methods and many have lost the effectiveness aspect over time for arts sake.

I find our style a more modern blend of all aspects of martial arts. I can only speak further for our style ITF Taekwon-Do (Original Taekwon-Do style) and our MTG club  and in particular ITF under GM Choi Jung Hwa (Son of the father & founder of all Taekwon-Do) and not the myriad of other Taekwondo styles that have emerged since then.

ITF Taekwon-Do was originally born out of the military and evolved with General Choi Hong Hi at the helm. Taekwon-Do is the most modern of the Traditional Martial Arts.

ITF Taekwon-Do as a martial art/combat style is very well rounded which is a a great advantage and actually not that common. When I say it is well rounded it encompasses: Sparring (competition & traditional), Patterns (traditional techniques in a sequence), technical floor exercises,  Breaking (power, height & distance), Hosin Sul (Self defence against grabs, common attacks & weapons including situational awareness), Fitness, functional strength, flexibility and moral culture.

With the aim of incorporating these aspects seamlessly into each other through the training. Striving to forge a more complete martial artist. Each aspect strengthening and adding to the other aspects.

Therefor with our MTG training of  ITF Taekwon-Do it is a traditional Martial Art, reality based system as well as a combat sport. It is firstly a Martial art with a combat sport aspect as part of the system.

Taekwon-Do as a whole is also the most modern of the traditional martial arts. As in further discussions on the blog there have been break away's and photo copies.

Taekwon-Do grew out of the need to re-invigorate Korean Martial arts after the second Word War. Basically it is an amalgamation of ancient Korean styles such as Taekyon, Japanese Karate/ Japanese arts , influences from ancient Chinese arts,  hapkido type joint manipulation as well as aspects many of western boxing in the sport aspect. All this originally for the intent of military use, which is where it matured and formed.

So basically to make it easier to understand our club training includes training which is associated or similar in nature with :Kickboxing (Sparring), Kata -Karate, Kung Fu forms (ITF Patterns), self defence similar to Krav Maga/ Hapkido (MTG Hosin Sul) with a moral code and typically military structure .

The techniques of ITF Tekwon-Do are effective because it uses the flow and speed of typically Chinese Kung Fu arts with the snap and hard aspects of Karate. Utilizing the flow and speed to end with the hardness. This aims to create extra power by using the basic scientific formula: mass x velocity = force. Many aspects known as the secrets of Taekwon-Do (Bio-mechanical principles) are applied to the techniques. This is in order enhance scientific and ancient principles for generating more power out of ones body, all while aiming to protect the joints more.

In other words true ITF Taekwon-Do techniques have evolved from a long line of martial arts techniques with a modern scientific approach utilising bio-mechanics to aim to maximise each technique. Make no mistake, it does take a bit more work get this right and it is technical in that aspect of training but it is worth it in the end. The Sine Wave concept also unique to our style is also part of this which aims to also make use gravity to assist in generating more power.

Many people think that Taekwon-Do is only for the youthful because some of its more athletic attributes. This is untrue, those attributes get allot of attention and people often only associate that with Taekwon-Do. The fact is, one trains to their ability. The high kicks get the attention but in actual fact within the traditional aspect are relatively rare. Most kicks are mid or even low and the high kicks are not compulsory but dependent on ones bodies capabilities and focus on each individuals strengths. Taekwon-Do caters for every age, young and old!

Taekwon-Do is definately and exciting art to take part in. It challenges all the time and there are always new goals to strive for. This all being done with a belt structure which is a great goal oriented approach for training.

It is a great way to keep in shape and also spills over to the rest of ones life. Making lifestyle adjustments in order to improve your Taekwon-Do training is common place.

The style we teach, ITF Taekwon-Do with our MTG Hosin Sul urban defence aspect is very well rounded for self defence, fitness, flexibility, traditional moral culture, sport aspect and functional, scientifically oriented  technique. The ancient techniques have been modernised or adjusted and concepts mixed in many cases if necessary to maximise the potential of the techniques.  A well trained, up to date ITF Taekwon-Do instructor should be able to prove why many techniques are done in a particular way in most cases for the sake of effectiveness, not simply only for arts sake . If they cant, they should be humble enough to admit and find out.

Please don't mistake this article for an overall view of the TKD /martial arts world even in ITF, many have slipped into the overly sport oriented aspects or the moral culture aspects not being in the forefront. As a club MTG we strive to the best of our ability to endeavor to keep the true meaning of martial arts alive in all aspects of this amazing Martial Art.

One of the main reasons is it is a great vehicle to help people achieve improvement in themselves. The training allows one to get to know ones self and grow in the many broad aspects of the art. It helps build confidence in people lacking and build humility in those lacking. In our clubs we strive to find that important balance with our students.

We aim to develop well rounded, balanced individuals. If only interested in fighting and if that mentality was the only part of the training we offered, the balance and aggression levels of an individual could be compromised. I like to think our training allows for a highly effective self defence art when needed but also useful and proactive members of real life who make a positive contribution to the world.

In conclusion. If one is looking for the benefits of traditional martial arts with a modern approach and effective reality based self defence. Being true to the original purpose of martial arts with sound scientific and bio-mechanic principles backing it up.
Posted by NMTKD at 4:46 AM